Amuse-bouche: What's on my gaming radar?

We're heading in to that season again when everyone is seeking ideas on what to get me for Christmas. For me, that's easy. Games. 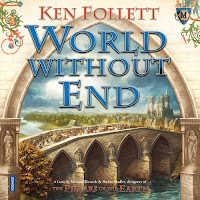 Ken Follett's World Without End, the novel that is, is a sequel to The Pillars of the Earth, and both sit right at the top of my all time favourite books list. They are, to put it bluntly, bloody fantastic books.

Given that I raved about the Pillars Board Game last year, do you think I was excited to find out there was a game based on the sequel? Oooooh yeah.

There's not too much info floating around about this at the moment, but it's still way on top of my "must have" list. 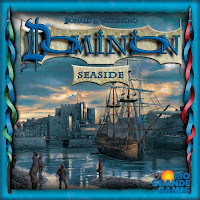 Seaside is the second expansion for Dominion, and looks to shake things up with duration cards that last multiple turns, as well as introducing player mats that let you set aside cards and collect coins and place embargo tokens on card piles. It certainly looks intriguing. Wait, no, that was the first expansion. I guess that makes this one seasiding. 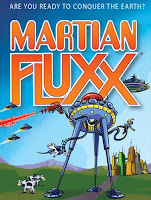 We love Zombie Fluxx, and this new Fluxx game looks the bomb. Plus a game where you play Martians invading Earth is just cool.

Stephen and Dave at The Spiel are totally to blame for me wanting this game. It's a light dice rolling game with a western theme where you must decide which part of town you want to visit (eg. the gold mine, bank, general store or town hall) and try to roll the right poker hand, while everyone else is doing the same.

#5 - Agricola: Farmers of the Moor

This is the first major expansion for Agricola, and adds peat bogs and forests to players' farms which they need to get rid of if they are going to build the regular fields and pastures. The good news is you can use the wood and peat to heat your home, as you're going to have to keep your family warm in addition to feeding them at the harvest.

The expansion also adds horses which can be placed on farms, as well as a slew of new Minor and Major Improvement cards. It's getting some positive reviews, and as a fan of Agricola, this is going to be a must-buy, or a must-have-as-a-Christmas-present.

The Giggling One and I only played this game for the first time at HoGS last week, and we both loved it. It's been around for a few years (since 2000), and we'd briefly seen others play it at HoGS, but had no idea how enjoyable it was.

Citadels involves choosing a role from a set of cards, then passing those cards on for the next player to choose one of the remaining roles, and so on. Once all the roles are selected, they are played in numerical order and players take basic and special actions that allow them to obtain gold, steal gold, play cards, swap cards, etc. This process is repeated until one player has eight cards in front of them. Each card is a "district" (or building) and has a point value. The player with the highest point value of cards in their citadel at the end of the game wins.


I'll finish off by quickly mentioning the three video games that are also on my gaming radar at the moment:

StarCraft II - is StarCraft, is good.

TrackMania 2 - is TrackMania, is track.

These are three franchises that I have enjoyed the heck out of. StarCraft is a great, well balanced, RTS that rocks online. The realism in Gran Turismo is awesome, especially with a force feedback steering wheel. And as for TrackMania, well I've pumped more hours into it than almost every other game I've ever played combined. These games will definitely be getting some love when they are eventually released.